These are the 10 best cities in the world for students

Dispelling fears that Brexit would have somewhat dampened its appeal, London has been ranked by global higher education analysts QS (Quacquarelli Symonds) as the world's best city for university students.

Released today, the fifth edition of the QS Best Student Cities Ranking sees London rise from third to first, with Tokyo and Melbourne not far behind, as first reported by Business Insider Australia.

Each indicator compiles information about aspects of the city that concern prospective students, including everything from safety and pollution to social inclusion and the popularity of local universities among recruiters. 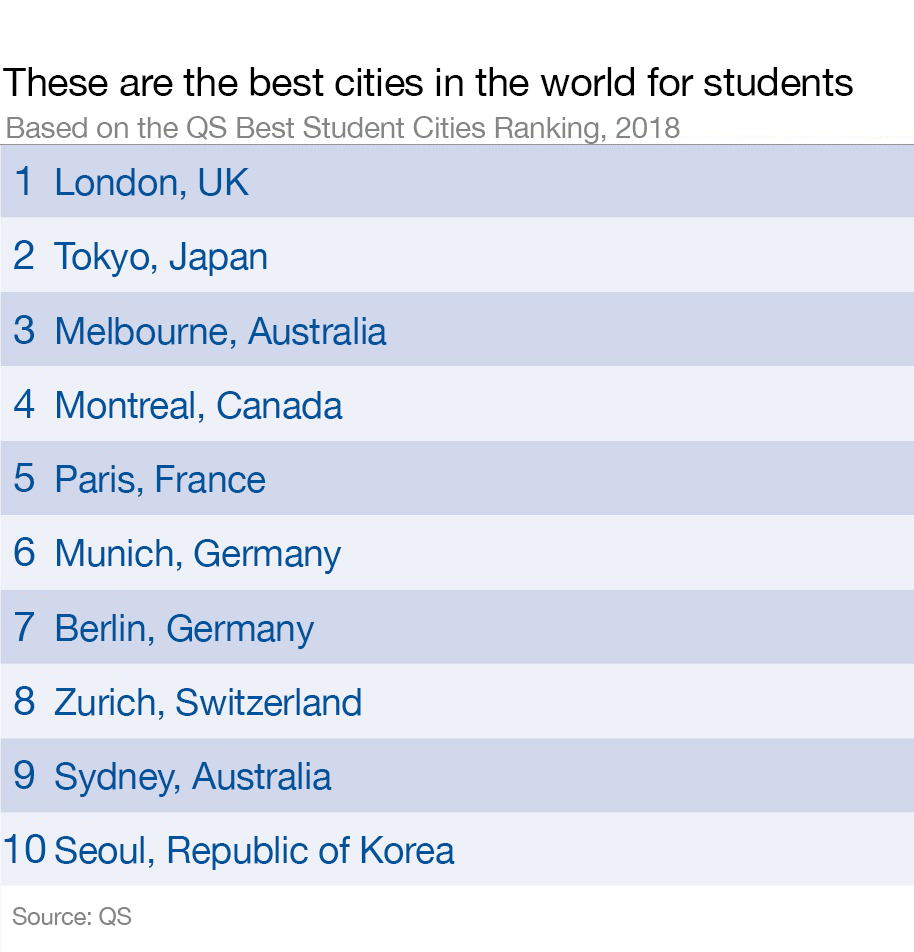 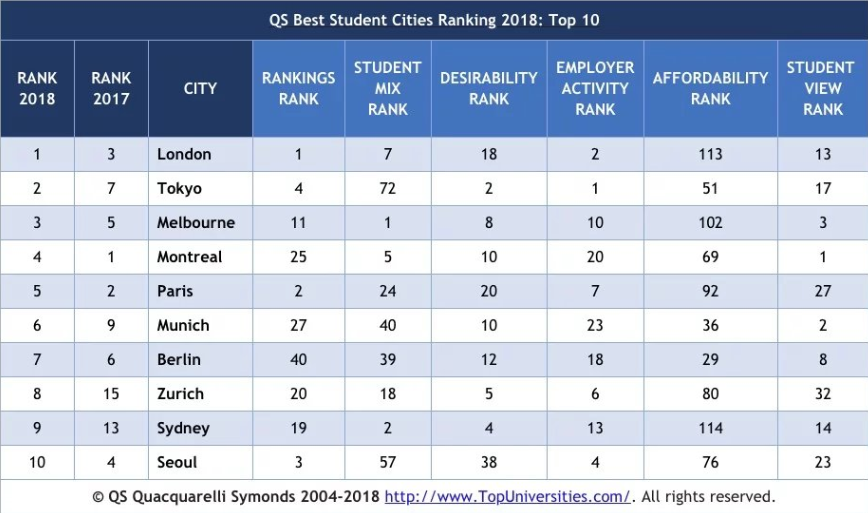 Along with the best city ranking, London came in second for employer activity rank, an indicator which measures which cities are most highly sought-after among employers looking to recruit graduates.

Despite much steeper costs for rent and living in London compared with the rest of the UK, London boasts 17 internationally-ranked universities and is home to UCL (University College London), a university among the top 10 highest-ranked institutions in the world.

It also made it into the top 20 cities with the highest rated student experience, which measures students’ ratings of their city in fields such as friendliness, ease of getting around, affordability and nightlife.